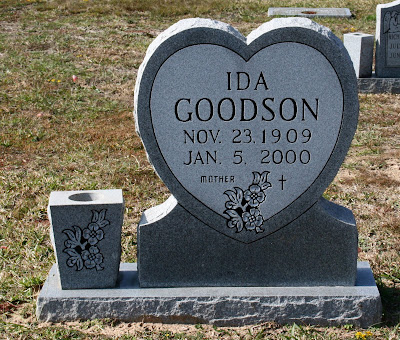 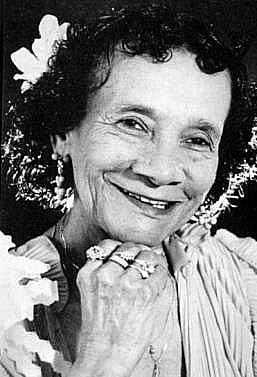 No, I haven't been eaten by an alligator...in case you're wondering. I have been researching the life and music of Ida Goodson who was a barrel house blues pianist from Pensacola Florida. Ida was the youngest of seven sisters, six of whom survived into adulthood. All six were musicians who played the Gulf Coast Highway from the 1920's. They were Wilhelmina, Edna, Sadie, Mabel, Molly, Della, and Ida.

Ida played piano in most of the gulf Coast clubs around Pensacola including the 506 Club. Ida also performed at the Florida Folk Festival later in her life and received a Folk Heritage Award in 1987.

Ida was born in Pensacola, Florida in 1909 and grew up in and played most of her life around the Pensacola area. Her father and mother both played piano and her father was a deacon in the Mt. Olive Baptist Church in Pensacola. He was also a railroad man and had a run on the L & N railroad from Pensacola to River Junction outside of Chattahoochee. She passed away in 2000.

Ethnography is a challenging process and I must travel away from town to find really good resources such as census records, tombstones, personal accounts and the like. I expect to be taking some trips to Pensacola and Marianna in the near future to research Ida. While, she and her sisters were very well known to the Black Gulf Coast musical community, as a black woman
not much has been written down about her life and times.

Her sister Wilhelmina known as Billie Pierce moved to New Orleans and married the blind musician DeDe Pierce. They played music in New Orleans for many many years, notably as the Preservation Hall Jazz Band. Sadie Goodson married a musician as well and moved eventually to Detroit, my home town.

Ida was a diminutive and very vivacious woman with a wonderful stage presence.
Posted by pineyflatwoodsgirl at 9:33 PM

pineyflatwoodsgirl
"A foolish faith in authority is the worst enemy of truth." Albert Einstein, 1901